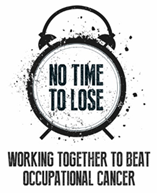 Vinyl Chlorides are primarily used in the production of polyvinyl chloride (PVC), vinyl chlorides have previously also been used as a refrigerant however this use is now banned in several countries.

There is sufficient evidence in humans that vinyl chloride causes angiosarcoma of the liver, and hepatocellular carcinoma, as such it is classed as a Group 1 carcinogen by IARC.

In support of the “No Time to Lose” Campaign the SEL Group will be running an “Alphabet of Carcinogens” campaign and each week we shall release details regarding a different well known carcinogen.

For reference or further information on Vinyl Chloride Monomers visit: